Undoubtedly, it’s popular Hollywood face Kim Kardashian whose beauty and booty has taken all over social media feeds and of course, the internet by storm. Following the same trend, Bollywood’s Anarkali Malaika Arora Khan seems to step into the shoes of Kim, promoting the beauty of booty and how. Letting the ‘Butt’ trend blossom full-fledged, […] Do we really teach young Indian boys that they are vulnerable? Pehredaar Piya Ki is making the matters shoddier by normalizing voracious relationships. Pehredaar Piya Ki, a show presently aired on Sony TV, is about a 9-year-old kid who is married to a 22-year-old girl. The custom of young girls being married off to comparatively […]

Mersal Audio Launch is the most happening thing in Kollywood right now! Mersal Audio Launch is right now the most happening thing in Kollywood Cinema. It is expected to be one of the grand audio launches ever in the history of Tamil Cinema with Thalapathy Vijay and AR Rahman gracing it. The highlight of the event would be the celebrations of 25 Years of A.R.Rahman, 25 Years […]

The most recent catchphrase in the Indian film industry is nepotism. The word Nepotism refers to the practice of getting the relatives and friends in one’s organizations to positions for which other people might be better eligible. You might be of the opinion that this term in any means must not have relation to Bollywood, […]

You might have heard the horrifying tales, stories that can fright the hell out of you. But have you come across any? Well, no one in life even thinks about experiencing things that can give you creepy dreams but we usually like watching it on our TV screens. Memorize when The Ring was released, there […] Bollywood actress and fashion Queen Sonam Kapoor has never failed to amaze her fans with her stylish public appearances. She sure knows to cut the dash whenever and wherever she steps out in public. While Sonam knows how to turn heads with her chic avatars, her relationship with businessman Anand Ahuja is no less in […] 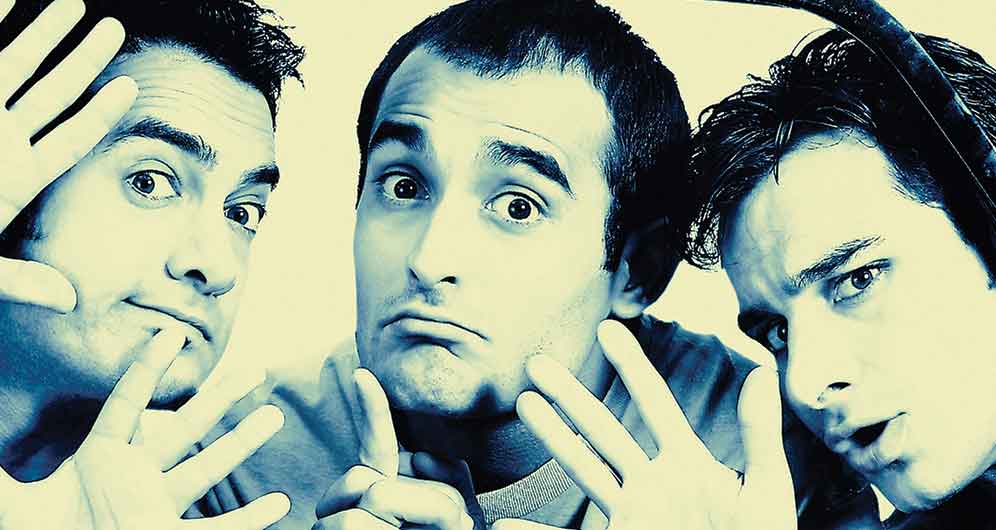 There are some movies which turn into blockbusters and then there are movies like ‘Dil Chahta Hai’ which achieve cult status and turn out to be a landmark that becomes hard for anyone to reach anytime soon. Today, our adored movie, which gave a new meaning to friendship, romance and bromance for this age bracket, […]

Reasons Why ‘Toilet: Ek Prem Katha’ Should Be On Your Weekend Watch List We eat daily, rest on a regular basis and even poop every day. There should not be any kind of hesitation in accepting the truth as it is a typical process of disposing waste from one’s body. Media and ads have helped to clearly made us aware of the importance of basic essentialities like sanitation […] Sex addiction, known as hypersexual disorder, is a condition in which a person couldn’t control his sexual engagements, sexual thoughts, acts, and behaviour. The victims (I’ll probably call addicts as victims because they suffer from a serious disorder) participate in a sexual activity despite being risky and knowing not-so-positive out-turns. Well, just like common people, […] The Bollywood actress turned International star Priyanka Chopra’s inspiring professional journey has never been hidden from all of us but the actress has always maintained to keep her personal life away from the limelight. No doubt, the 35-year-old year actress has been linked to a number of celebrities in her long acting career but never […]

Change The Game Of Inequality By Raising A Feminist Son Feminism, contrary to what many think, this is not a movement that is exclusive to the female population. Rather than seeing it as a gender based movement, it should be seen as a path that is trying to bridge the gaps between all the genders to reach the neutral point of equality. In other words, […] There’s no denying that Our ‘Udta Punjab’ actor Shahid Kapoor is a doting father. Even in his busy schedule, he manages to take some time out for his little munchkin Misha Kapoor and for his loving wife Mira Rajput. Well, it is not the dad who’s making headlines these days; in fact, it’s his little […] On July 29, Big Zee Entertainment Awards was concluded in Mumbai and who’s who of the Bollywood and Television attended the ceremony making it a star-studded affair. Well, it wasn’t the presence of celebs that caught all the attention, instead it was the awkward hug between Bollywood Bhaijaan Salman Khan and Bigg Boss contestant Sana […]

Why Modern Relationships are Diminishing So Easily Today? Why are relationships so tough now? Why are we unsuccessful at love every time, in spite of trying so hard? Why have people all of a sudden become so hopeless at making relations work? Is this because we have we have forgotten how to feel affection? Or on the worse part, forgotten what love is? […]

Famous Friendships in Bollywood that have Cleared the Test of Time Bollywood has an enormous history of fights, cold war and star tussles. Every other day you come across the news about some clash that has happened between two stars or some fight over some minor issue. Here we bring you some cheering friendship stories from Bollywood between the stars that have amazingly passed the test […] Bollywood celebrities never cease to amaze us with their style statements. Be it off screen or on screen, the stars always manage to throw major fashion goals to all their fans and followers. Well, ever since the paparazzi have started clicking celebs at every possible place they could, it made us realize that ‘BLACK’ has […]